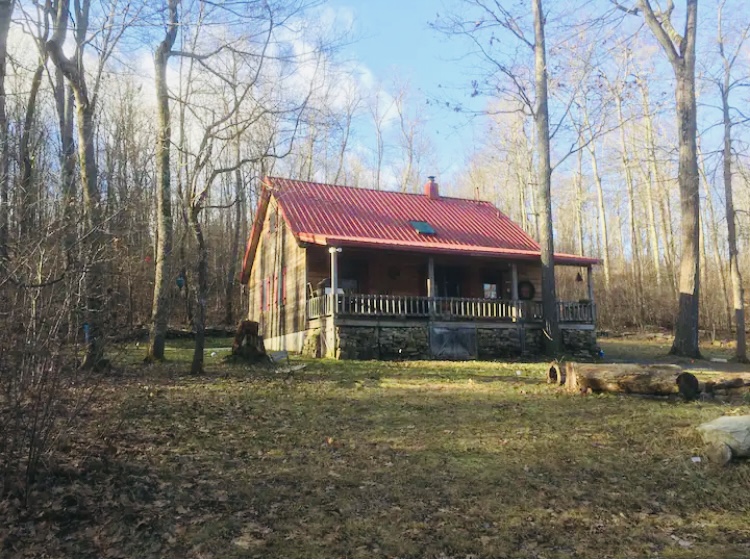 Two days in the Pennsylvania countryside wouldn’t be much but I planned to make the most of it. I’d turn my son’s camp pickup into a mini retreat out in the woods for myself and some nearby writer friends. A group of us were psyched to share our work, prepare good meals and enjoy each others’ company. I’d discovered a cozy little cabin on Airbnb for a steal.

Like most women, I follow the rules about traveling solo. Anytime I could achieve safety in numbers, I did that instead. We were a group of five. Check. My early flight would likely get me to the cabin a few hours before everyone. I’d be dealing with this man alone. I mined the reviews for proof that the owner wasn’t a psycho.

One woman’s comments suggested that the cabin was his primary residence.

“Don’t be surprised if he’s out there in the workshop tinkering around.” Alone in the woods with a tinkerer.

I emailed the owner through the website to check out his vibe myself. I told him about our group and asked for his exact address so we could coordinate our trips. Several days went by before I heard back.

“I give out the address the week of your stay,” he replied. Super helpful.

After I booked the place, two of the writers had to bow out. Then the group trip fell apart. The cabin was cheap enough for me to stay on my own, but I wouldn’t dare. I clicked on my reservation and selected cancel.

That night, the tinkerer called.

“What happened? Did I say or do something that made you uncomfortable?”

I didn’t want to tell him that loitering around the property you were renting out was straight up creepy. It’s not something you should have to explain. He had asked, which was a good sign, but in my experience men attribute accusations of creepiness to women’s character defects. I could already read his thought bubble. What a b!tch.If I had a nickel for every man who happily took up space where he didn’t belong, I’d definitely have enough for a Starbucks run. 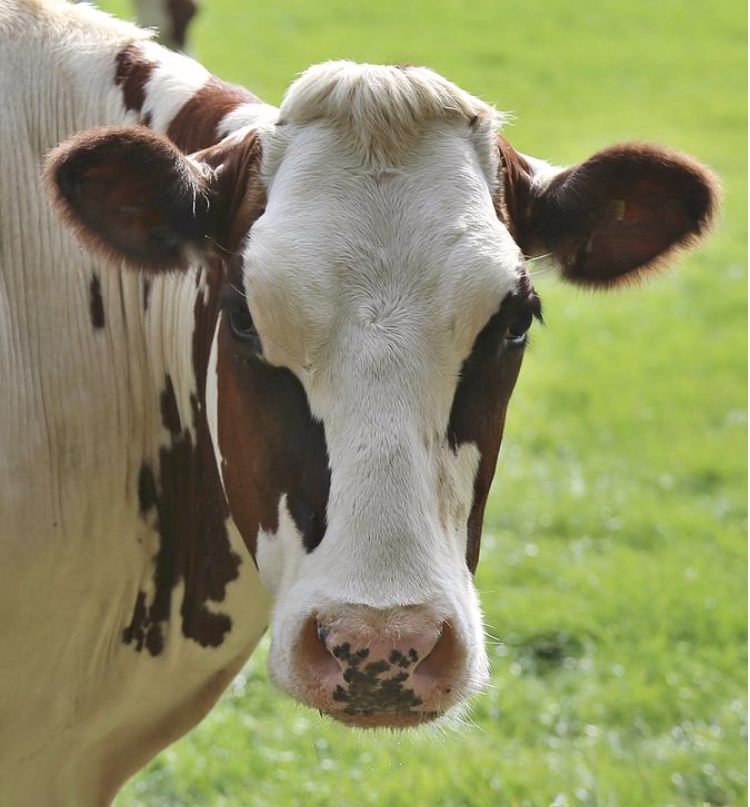 And just so you don’t think I had judged him unfairly, another review demonstrated how the guy handled negative feedback. Another woman had complained about a manure smell which had made the otherwise lovely evenings out on his porch distinctly unpleasant. The host went bananas, accusing her of being a clueless city slicker with no knowledge of the nearby farming community’s seasonal fertilizer. He recommended she study agriculture and time her vacations accordingly.

“No, no, all good,” I said. “Our group trip cancelled and I won’t need all that space for myself.”

“You sure? I’m there alone all the time. And I’m sorry I didn’t get back to you right away, I’ve been up in New Hampshire at a motorcycle rally.” He told me all about his adventure, how great his cabin was and too bad I wouldn’t be staying. I’d make nice with the guy until my refund was processed. No need to antagonize a strange man who had my money and my contacts.

When Airbnb sent a questionnaire about my cancelation, I reported my concern about the owner lurking around the property during one’s stay. That discharged my duty to all future women who stayed there which was really all I cared about.

With the prospect of my peaceful cabin in the woods fading to black, I googled hotel options. Maybe I’d find a place in a wooded area. It wouldn’t be out in nature, but at least I’d get a little trail run in.

Tons of cheap rooms at a golf resort were available.

I clicked through the photos. The place was enormous and looked deserted.A serial killer’s paradise. Nope. 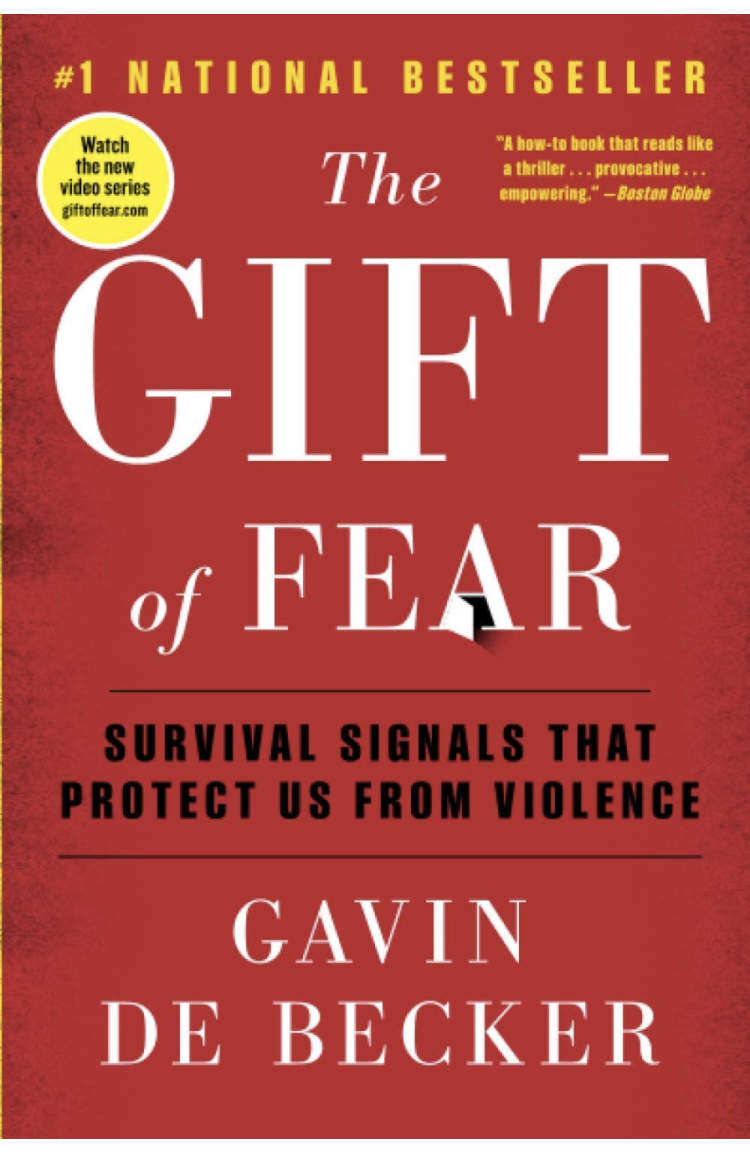 I took a break to scroll through Facebook and read a post from a friend asking if she’d been too paranoid while out on a solo hike. Some guy had been sitting in his parked car at the trail head. She felt his eyes on her as she passed. She hiked quickly away and disappeared into the hills. Two minutes later, she got an eerie feeling. There he was behind her, coming up fast. She sprinted past him back to her car.

“Not much of a hike!” he called after her. Her gut had told her he meant her harm. The comments were filled with similar stories set in dark parking lots, of handsy men on buses, and haunting memories from childhood, all encouraging her to follow her instincts. The book The Gift of Fear was recommended over and over and over. 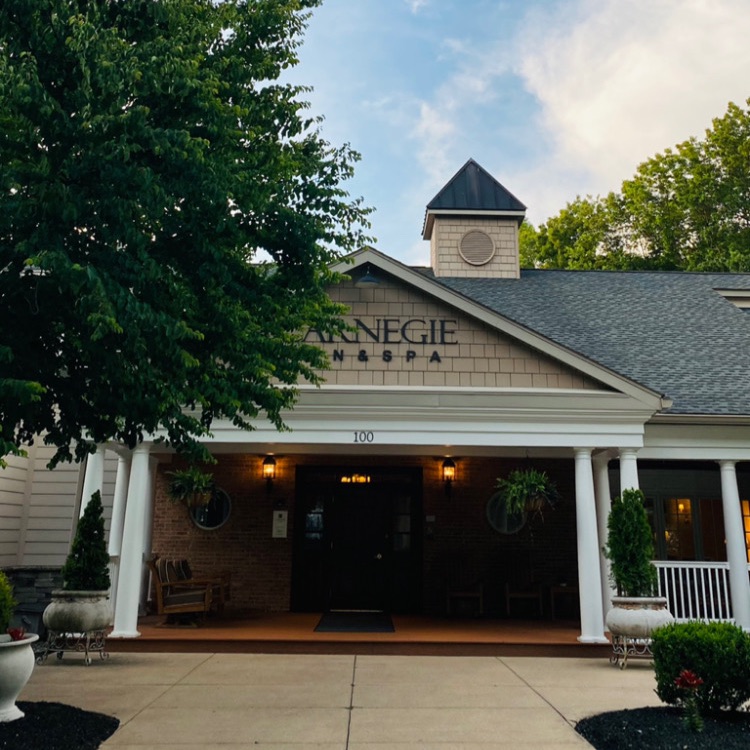 I gave up on the woods and booked a room at a small, fancy hotel surrounded by a lot of trees. Hopefully I would find a populated running trail of non-killers.

The day before my flight, the tinkerer phoned again during a walk. “I was really looking forward to having you all,” he said. “I’ve so enjoyed talking with you.”

“What time are you getting in?”Are.You. Kidding. Me.

I lied about the time and said I had to go. This guy clearly considered Airbnb guests his personal dating pool. The second my refund came in, I would block him. If I pissed him off, he might try to keep my money or come find me.

That night, I set my alarm for 4:30 a.m to get up for the first flight out. Instead of Ubering to the airport, I would leave my car in long term parking. It didn’t dawn on me until I slipped into bed that the cheaper option would mean walking through a dark parking lot alone.

“Will you give me a ride?” I asked my half-asleep husband. “I don’t feel safe.”

I felt guilty springing it on him. Rides to the airport weren’t our thing. With so much business travel and pick up times conflicting with other obligations, we just didn’t do it. Plus, he expensed his rides anyway. This was different and I know he realized that. He told me to wake him up when I was ready to leave. Phew.

My flight descended into the tiny town nestled inside a forest. At the hotel, I asked the front desk attendant for a running route. “You should probably stick to the main road,” she said. We both knew why. But there were enough people around that it seemed fine for me to try to find a trail myself. 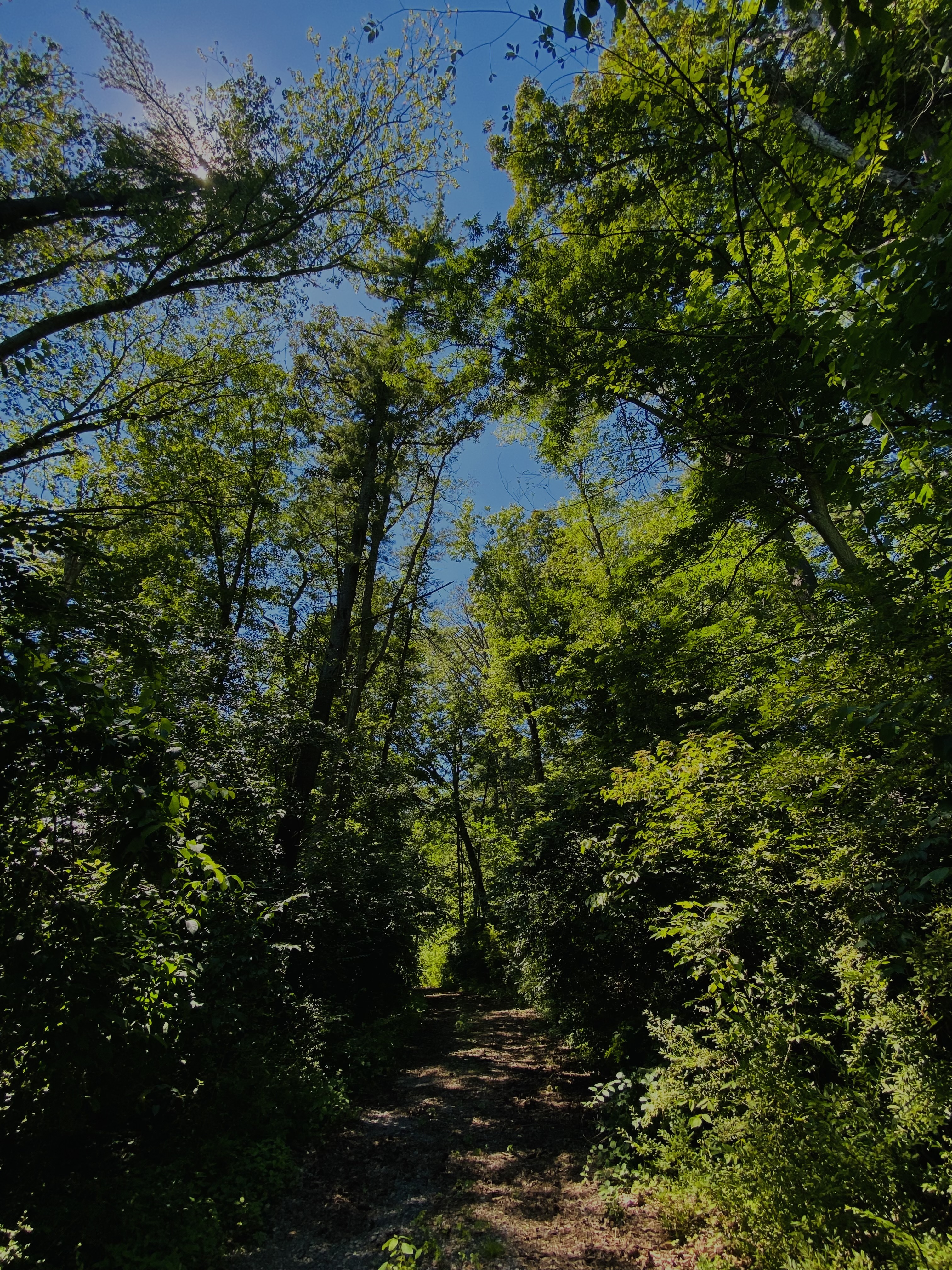 My room wasn’t ready, so I stashed my bag and headed down the prohibited golf cart path. Lo and behold, I found a wooded path off the course between two busy main roads. The freeway traffic blared, drowning out the sounds of nature, but I focused on the majestic trees and thanked them for the shade and oxygen.

Soon, the trail grew oddly dark, incongruous to the engines roaring on the other side of the green wall. Perfect for drowning out screams.

I hadn’t seen anyone in a while.

A guy in a navy Sigma Chi sweatshirt leading a beagle on a leash meandered down the trail. No rapist is gonna call timeout to first tie up his dog. Safe bet I would survive the interaction. I said hello, remembering to look him directly in the eye, and strode past.

A few minutes later, another guy pedaled his bike down the trail wearing special cycling shoes, a backpack and a sturdy helmet. No one with that much gear on had time to hop off for a quick rape. 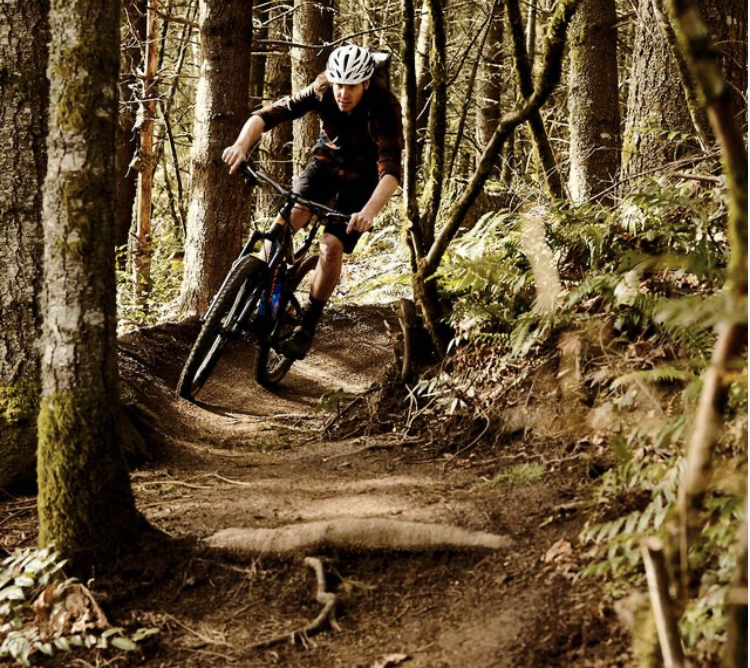 I added to my safety list: there is nothing to fear from a man with cumbersome accessories (bike/dog).

I had been paying close attention to each turn of the trail but got lost anyway. The hair on my arms stood on end. One guy with no props and I’d be done for. I loved being out in nature but this was a lot to go through.

In the distance I spotted a woman running, wearing airpods. Bold choice. Every woman runner knows you don’t wear earphones in places where you are worried for your safety. She had the purposeful look of someone who knew where she was going—probably a local. If she was confident enough to listen to music, this must be a low-assault running route. I breathed a cautious sigh of relief. Soon after, another woman in hiking boots plodded down the path, smiled at me and commented on the nice breeze.

Up ahead, I caught sight of the manicured lawns of the golf course. Soon I turned the key to my hotel room and hopped in the shower. The phone chirped with a text as I toweled off.

“How’s the trip so far?” Airbnb guy. Seriously dude? I confirmed my refund online and promptlyblocked him.

The next day, the camp delivered my son and all his gear to the hotel and we were on our way home.

During the flight’s delay, I searched up places to stay for my upcoming trip to New Mexico to see my dad. A little inn off a main street had two available casitas. I called and asked the attendant which one she’d recommend.

“If I were a woman traveling alone, I would choose the one in the courtyard. The other one is nice and private but on the outskirts of the main property.” The other casita looked better though. Man was I sick of having to make all my choices based on avoiding physical harm, nevermind the stress of constant vigilance.

Staying hyper-aware of my safety as a woman traveling alone is the only way to get the sense that it’s all going to be okay.

WRITING PROMPT: Do you think men will ever take responsibility for how terrifying they have made the world for women?