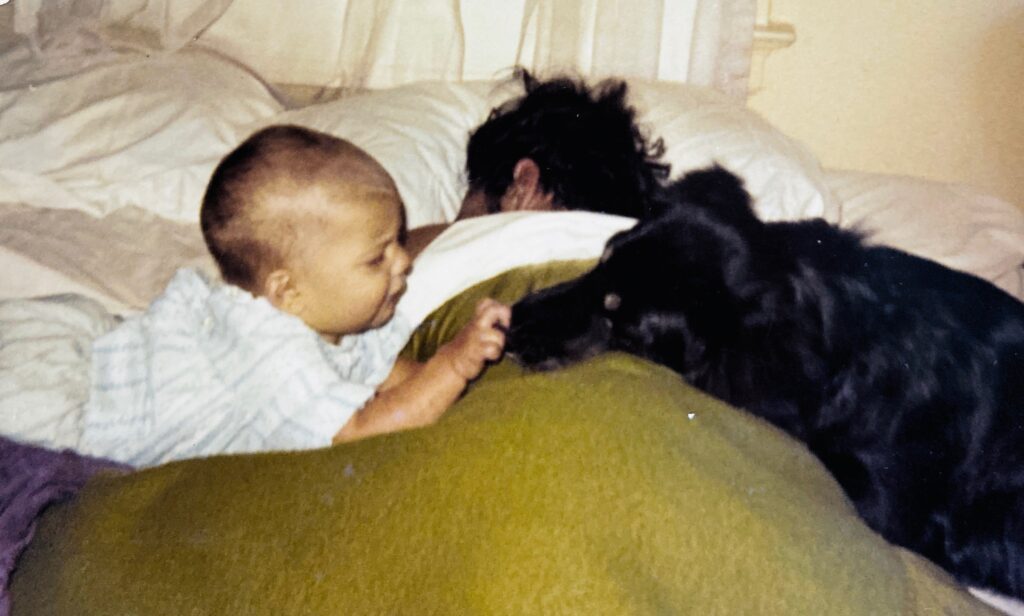 My dad is ill.

It took almost a week for me to get word he’d gone in for emergency surgery. My stepmother shared the news with my sister, assuming she’d pass it along. You can’t assume stuff like that in our family.

It turned out that the original surgery wasn’t necessary but they had discovered an infection that could have caused sepsis. It saved his life. Recovery had been slow.

“Should I come?” I asked, having finally reached my stepmother.

“Do you really want to wait until your dad is dying before you come see him?”

It was a good question but a complicated one given our family history. My brain automatically scrolled through the times he chose not to show up for me, said no when I needed him, yelled at me instead of offering support. I felt petty and guilty. 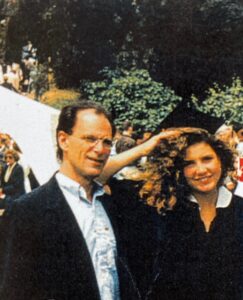 Years ago when I was still a student, I bought a plane ticket I could ill afford to go see my dad for the holidays. Mom hadn’t invited me up to her place and made excuses about it not being a good time whenever I’d ask to come see her. I stopped asking. He hadn’t invited me either, and my brother and sisters didn’t plan to come. But I wanted to spend the time with family, same as my friends. I never had it in me to invite myself to my friends’ homes which I imagined were warm and welcoming. My siblings seemed much better at being taken in by their friends. I was too ashamed to admit I had no one asking for me.

One afternoon, Dad and I walked the dog around a snowy track at the nearby university. The subject of his parenting came up. We were years past accusations and harsh words so the tone was light. 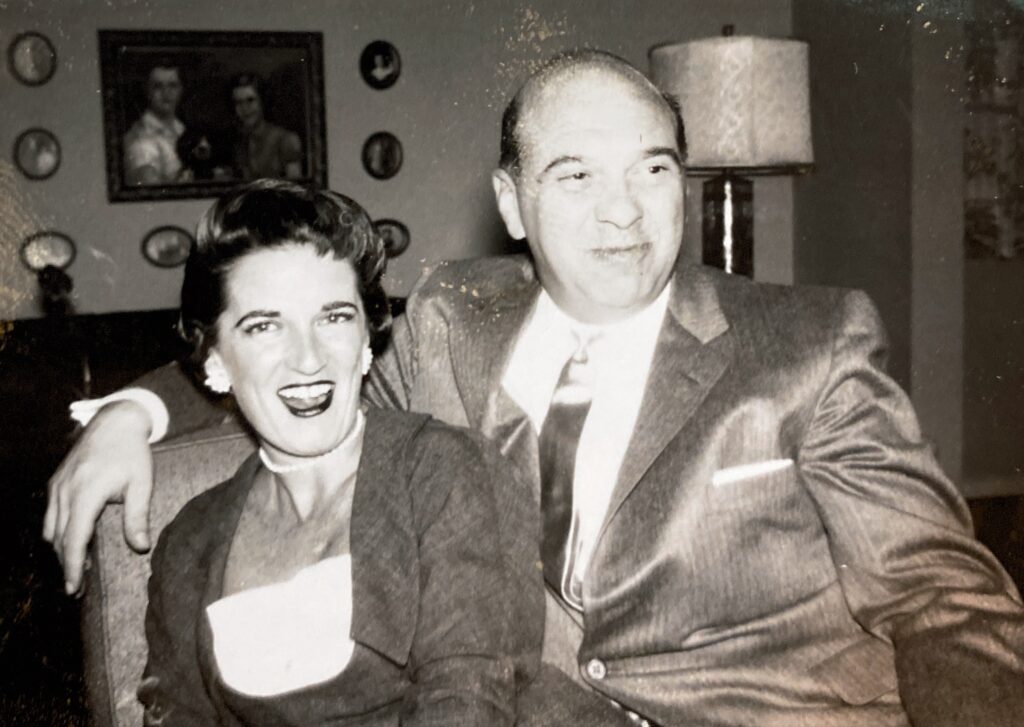 “All I wanted was for my father to leave me alone,” he said. “That’s what I tried to do for you.” He’d been a rebellious only child with a father who’d knocked the crap out of him. His mother didn’t step in. 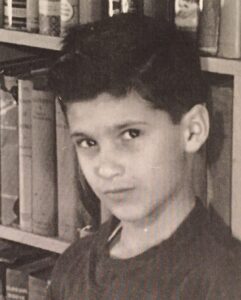 “But Dad, there’s a happy medium. None of us wanted the kind of father you had. Leaving us to raise ourselves was a whole other thing.” If you don’t transform your pain, you transmit it.

My kids have made fun of my stories for years. They roll there eyes at my version of I walked ten miles to school in the snow. 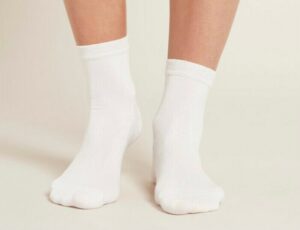 “Did you know I had to buy my own socks?” They’ve heard that one so often they might put it on my gravestone. Unfortunately, it hasn’t had the intended effect of making them extraordinarily grateful.

The upside of getting a job at 13 and figuring out how to navigate my life without much guidance was that I became resourceful and self-sufficient. Where others might be discouraged, I push until I find a solution. It may involve rule-breaking or stepping on toes, but those are key components to my no one’s going to rescue you training. I think the lesson sticks best if you are left to figure out some critical stuff for yourself as a kid. 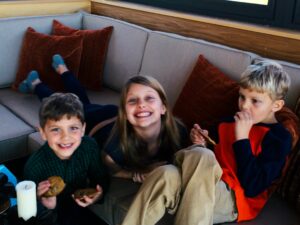 I have tried a milder version of it with my own children with less success. Like when I was the only parent not to go on the fourth grade class trip so my very responsible daughter could tell food servers about her allergies herself. For the entire trip, a well-meaning, lesson-thwarting, father informed the buffet attendants, cooks and wait staff of her life-threatening cashew allergy.

Despite our painful past, I did want to be with my dad. Over the next few days, I mulled over the best time to fly out. Should I go before sending my son to camp this week? Or before I pick up my other son at camp next week?

Then I got a message that both friends who’d attended camp with my son were headed home early. He texted that he wanted to come home too. I wasn’t sure what to do but it had become clear that my window to leave town without bailing on my own kid had closed.

I called Dad to see what was happening.

“I’m being released. I am in the wheelchair on my way out.”

The next day I called him. No answer. I tried my stepmother. Voicemail. When last we spoke, I had told her I’d try to figure out a way to come out there.

Calls continued to go unanswered. I assumed he didn’t care if I came one way or the other.

A couple days later, I got a text from my stepmother. Recovery at home had been difficult. He’d gotten another infection. They didn’t answer because they were busy. That hadn’t occurred to me.

The next day, he picked up, his voice hoarse and strained. I told him I wanted to come out.

“There’s not anything to do. I sleep most of the day.”

“Maybe in a few weeks? In the meantime, how about we do a Facetime call?” A smart friend had given me the idea. He said he’d like that.

“It’s really in your best interest to get better, Dad. If your kids descend on Albuquerque, you might be sorry,” I joked.

One sister didn’t talk to either sister but did speak to the brothers. One brother talked to everyone and the other brother preferred to stay out of it. The other sister was mad at just about everyone. If you don’t transform your pain, you transmit it.

I do want to show up for my dad. Not right this second, but I’ll go. There is value in staying in touch with him. When we do speak, it’s a real conversation. Along with learning the skills to take care of hard stuff for myself, he also taught me that our relationship is a no-pressure situation. I do what works for me and he is just fine with it.

I’ll try him again on Father’s Day. He’ll definitely pick up then.

When you have a big decision to make, check in with yourself. If you feel a tightness in your chest, it’s not the right thing. If you relax, it is. When you stay true to yourself, you get the sense that it’s all going to be okay.

WRITING PROMPT: What big decision did you have a hard time making? Did you check in with your body to see how the decision felt?

Do you subscribe to these stories? If not, please do at elizabethheise.com. Come check me out on Instagram @elizabethheise1 and Twitter @heiseelizabeth1. Thank you for reading.

2 replies on “If You Do Not Transform Your Pain, You Transmit It”

Thanks Noodle. I think you’re doing a great job in your current position, no need to take on anyone else’s job. Plus, it’s working out okay as is anyway. But I do appreciate the kind offer. I love you my girl.