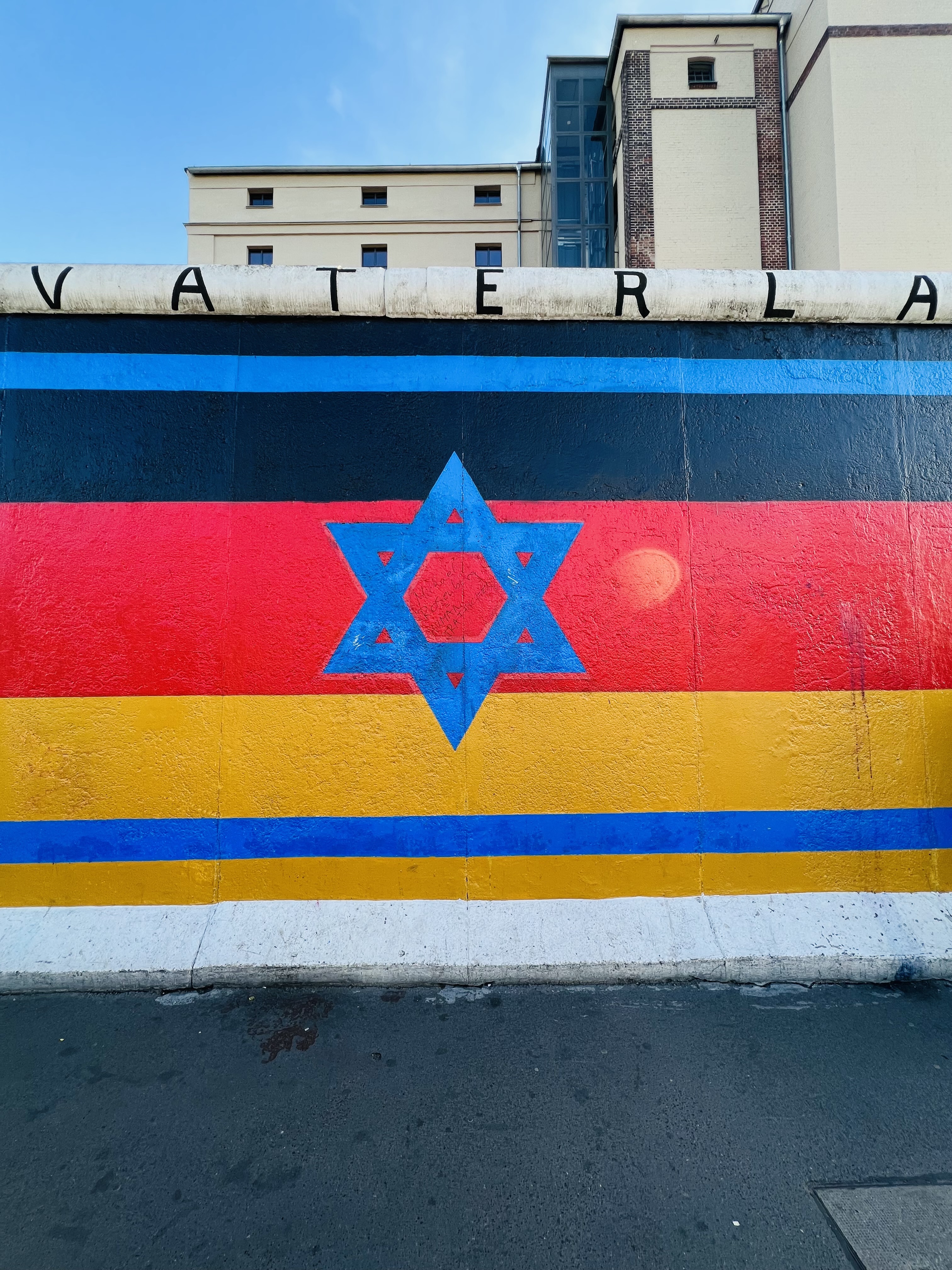 A black and white photo of a family of Hungarian Jews at the Jewish Museum in Berlin had haunted me for days. The bewildered look in their eyes, the exhausted slump of their shoulders, makeshift bags full of everything they owned. The light eyes and dark curly hair. They looked like me.

I’ve known the history for a lifetime. But visiting Berlin, being in close proximity to where this horrible plan was conceived and carried out, changed the impact. It felt acutely personal.

Of all the travel I have done on my own and with the family, I hadn’t considered Germany.* As a Jew, albeit not a terribly observant one, that country wasn’t on my list.

My own reservations aside, the idea of this trip came up when my son decided on a German language camp for the summer. His interest stemmed from family heritage on his dad’s side. My late father-in-law had been raised in East Berlin until the end of World War II when Russian Stasi forced his family out of their home at gunpoint. He was just a boy at the time. His family carried the few belongings they could manage and set out on foot to his aunt’s home. Fortunately for them, the new address became West Berlin. His family emigrated to the United States not long afterward. He wrote a book about the experience entitled Das Haus.

My extended family in Hungary had also been forced from their homes, along with 450,000 other Hungarian Jews. The end result was not relocation, however. It was likely Auschwitz. I say likely because when my father attempted to find our living Hungarian relatives, he was instead referred to the Auschwitz Registry. He didn’t have the heart to look. It’s possible to hire someone to conduct the search, but he couldn’t bring himself to do that either.

The reason I am here to tell you this story, however, is that my great grandparents, Emanuel and Berta Lefkowitz, got out before any of that happened. My father had assumed their departure stemmed from being harassed. Any student of world history knows that antisemitism dates all the way back to ancient times.** Hateful myths about Jews have been perpetuated generation after generation and continue to the present day.

But that’s not the reason they left. Emanuel had responded to a US based advertising campaign for workers to help build the subway in New York City. My great grandfather had mining experience. The family he left behind met a fate about which we still know nothing. 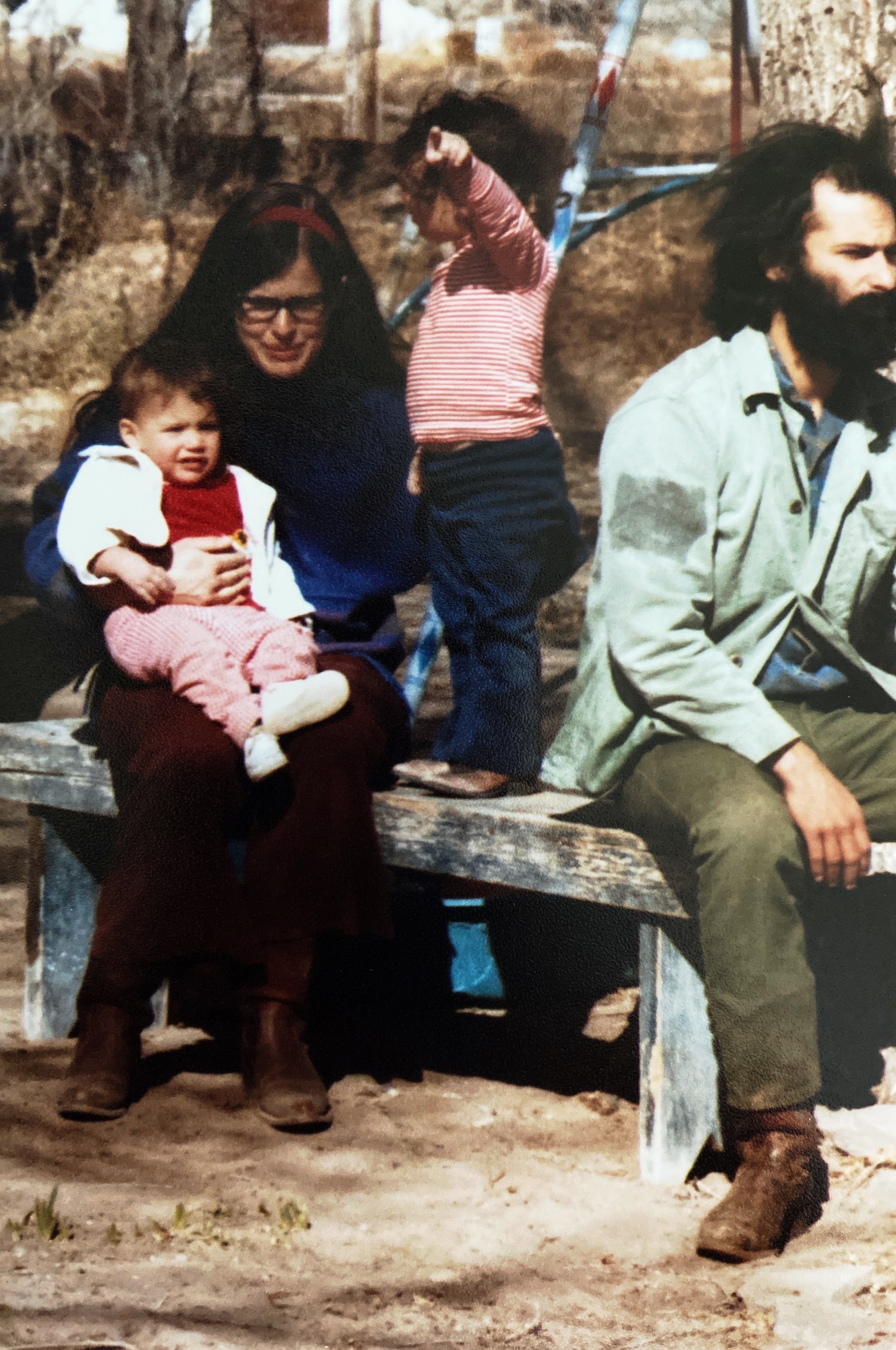 Not that we ever talked about any of that growing up. Back then, my mother had converted from Catholicism to marry my father. Dad had been raised by Conservative Jewish parents in very Jewish New York City. My parents wanted to start over somewhere far away from the pressures of their respective families. It didn’t matter to them that we totally stuck out in New Mexico.

Despite leaving her faith, mom kept her Christmas tree, which we kids loved. Raised casually Jewish in very Catholic Albuquerque, not one of my friends knew I was Jewish. I even attended Catholic School. From the knowing glare on Sister Mary Dorothy’s face, I picked up on the fact that it would be better to keep quiet about it. 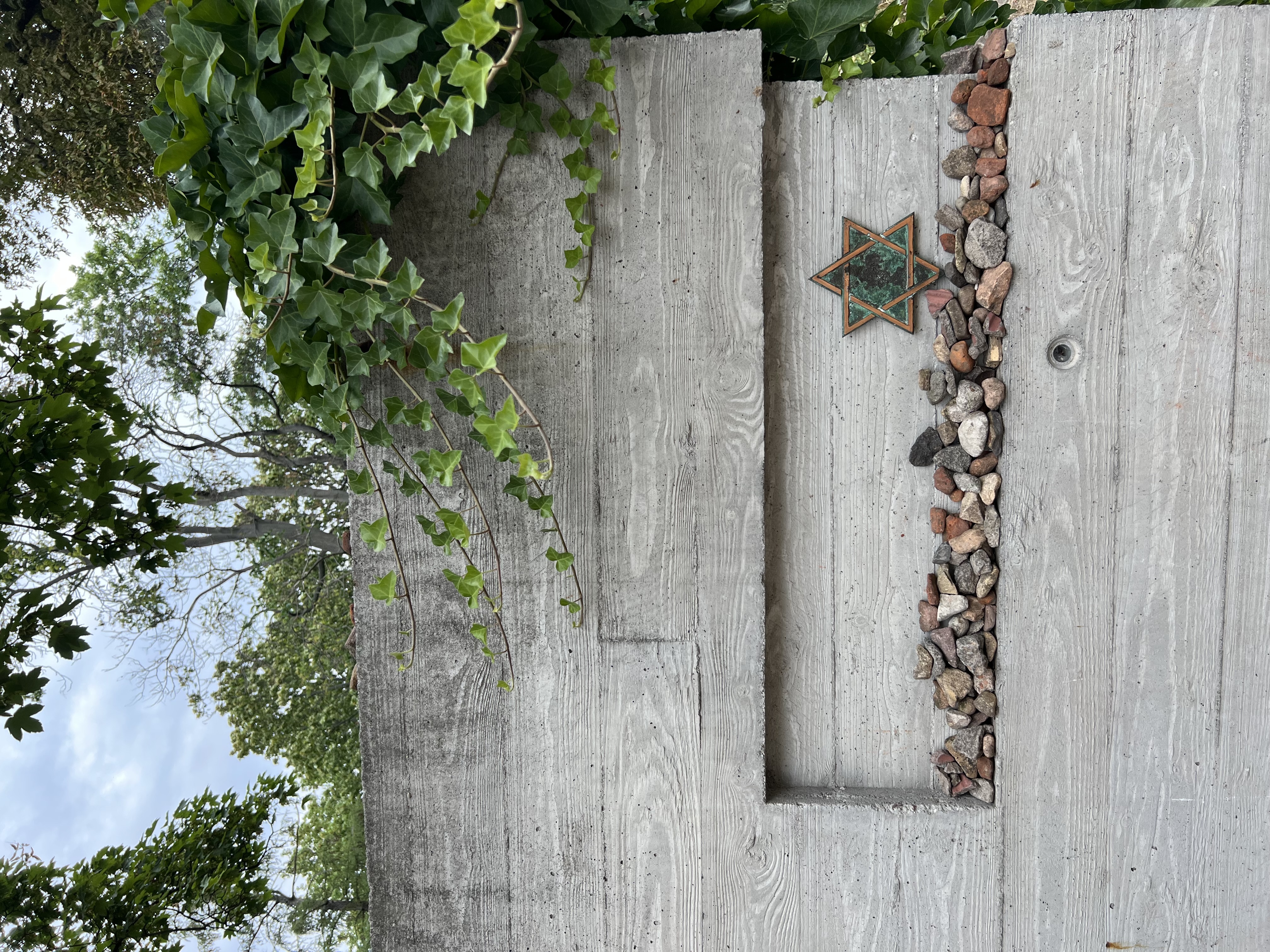 After being in this place where it happened and visiting what is left to remember it all: a restored Jewish cemetery, evocative memorials to the millions who perished, the museums curated with such care, I struggled to figure out what to do with the enormity of it. Under the weight of such overwhelming loss, I didn’t know how to stop carrying the past around with me.

As I have done over and over when I have trouble making sense of things, I spent time in nature. I scheduled a session with one of my favorite Wayfinder Coaches, Hope Cook. As a more cultural, less practicing Jew, how could I be true to my own spirituality and still honor the lives of those lost just for being Jewish? Hope dropped breadcrumbs that lead me back to myself. 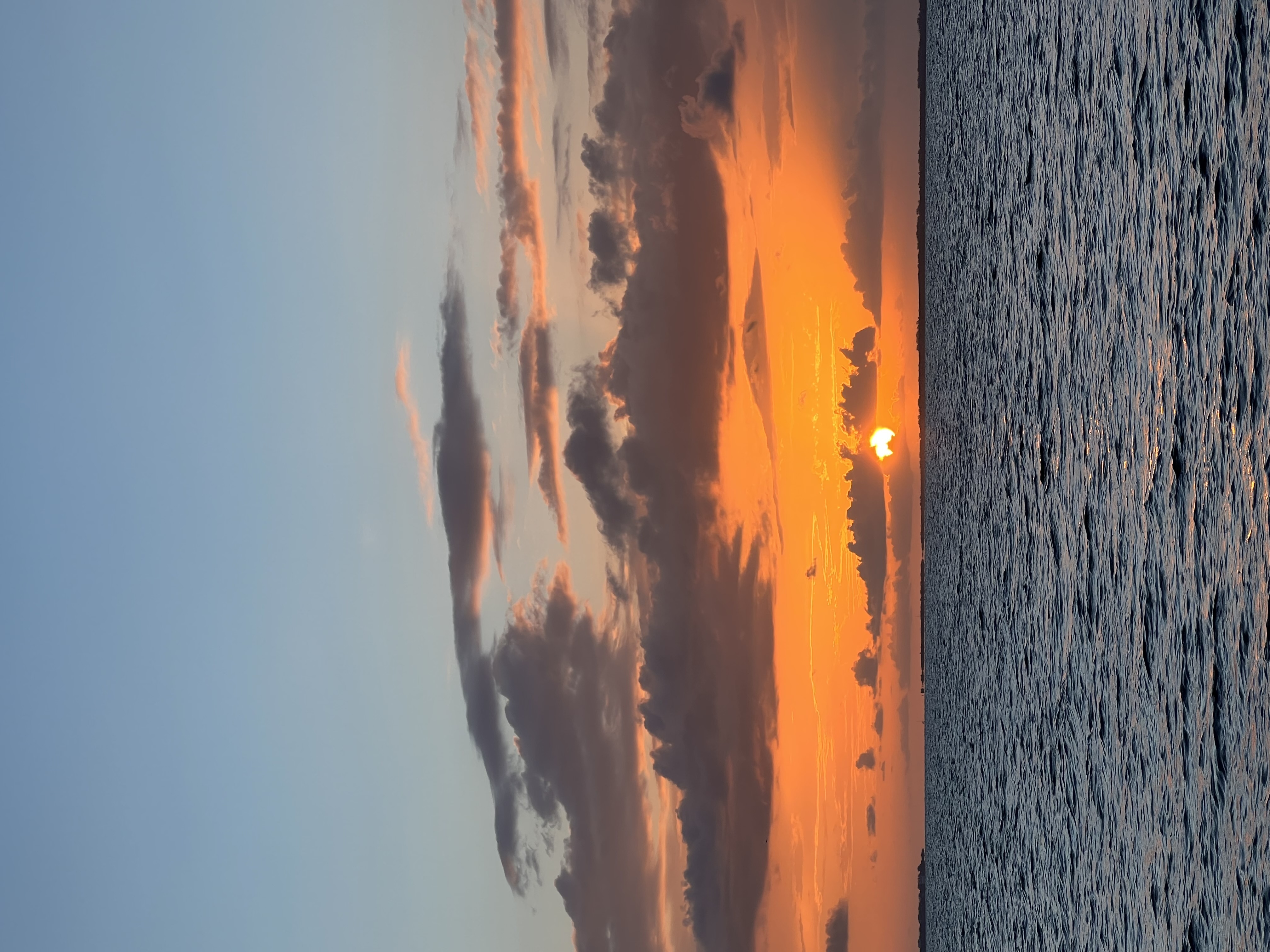 In that session, I discovered that my silence about being Jewish was my earliest memory of hiding who I really am. I kept quiet for the comfort of others and to save myself from judgment and discrimination. That external silence then became internal. Any feeling that made me uncomfortable or upset, I pushed it down and marched on. Divorce, dishonesty, betrayal, whatever. The habit became so automatic, I began to feel only numbness where emotions used to be. Ignore your own feelings long enough and they bury themselves. Your own intuition becomes dull. It has taken a long time for me to get back in touch with my true feelings. I am still working on it.

To honor those with no voice, I will make better use of my own. I am here to encourage you to raise your own voice too, to the extent you are safe enough to do that. We have all been trained to take the path of least resistance. But I am here to tell you, it is bad for your health.

Need to do your work in a way that makes sense for you? Don’t apologize for it. Feeling discomfort around someone’s bigoted comment? Shine a light on it. Need to have a conversation about money? Take a deep breath and go to it. Don’t wait for the stress to build and detonate. Stay true to you.

That is how I will honor those who have been denied their voice. I will be as loud as necessary.

POWERFUL QUESTIONS: In what situations do you silence yourself for the comfort of others? Where would it help you to live more authentically? What does staying true to yourself look like?

I offer one on one coaching using the Wayfinder Coaching model developed by Martha Beck. If you would like to find out if this work is right for you, email me to schedule a Discovery Session at elizabeth@elizabethheise.com. And if you are family or a friend, I have a wonderful coaching community who are ready to partner with you. Coach Hope Cook at coachhopecook.com is outstanding.

*When I spoke to my father about this, he observed that Germany has done a better job than any country educating their citizens, taking care not to normalize what happened. From what I noticed, I completely agree. Everywhere we went, tours of historical sites were being conducted in German for Germans. Throughout the country, it is against the law to call someone a Nazi, even in jest.